The second ‘Rewind Scotland’, a celebration of 80’s music, took place in the grounds of Scone Palace, Perth from Friday 20 - Sunday 22 July, 2012. In the midst of one of the wettest years in history, organisers feared for the worst, with constant rain having already caused disruption and the cancellation of many events and festivals across the UK.

Public movement around the site, both on foot and vehicular, during the event and the subsequent long-term damage to the grounds was a primary concern for the Scone Palace Estate Management, festival organisers ‘Rival Organisation’ and ‘Riverside Productions’ who co-ordinate the venues.

With only a short time to the opening acts, Don & Low Ltd, stepped in to offer a solution to the concerns and helped ensure the festival went ahead, thanks to the use of their Lotrak® geotextile products.

After a site visit and in consultation with the organisers, Lotrak® 50R, a high strength woven geotextile was laid on top of the ground and covered with a shallow layer of ‘Scotbark’ chippings.

The festival went ahead successfully and the use of Lotrak® 50R enabled easier movement around the site and ensured the Palace grounds suffered less damage. Following the event both the geotextile and bark chippings were lifted for future use.

“Undoubtedly the weather conditions this year were unprecedented… and it is without question that the use of the Lotrak® geotextiles contributed greatly to the successful delivery of this event.”
Elspeth Bruce, Estate Administrator 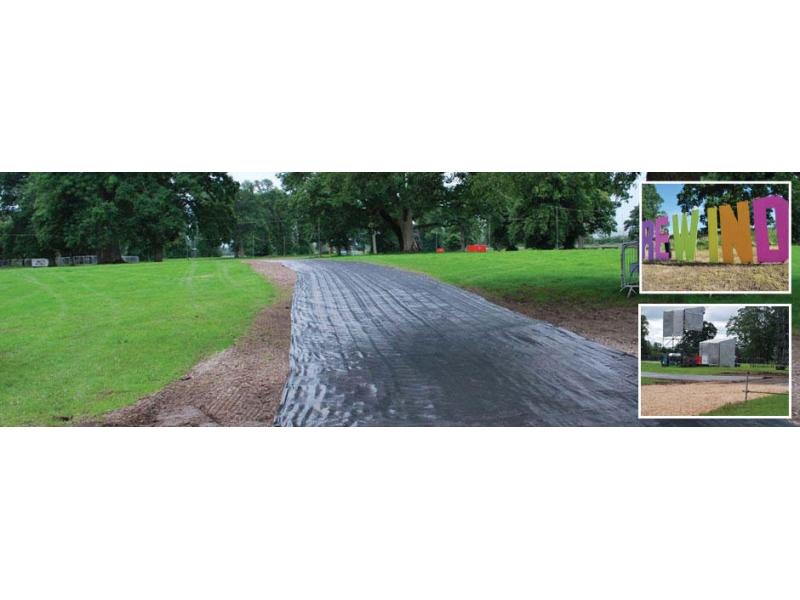